Spanish singer Concha Buika known as the “Perla Negra del Flamenco” will be performing at the Teatro Nacional in Santo Domingo Friday November 29, 2013 at 8:30PM. She will be presenting her latest production, “La Noche Más Larga”. Buika is one of the most peculiar Spanish artists of the moment. Her album, Niña de Fuego, was nominated for the 2008 Latin Grammy Award for Album of the Year. 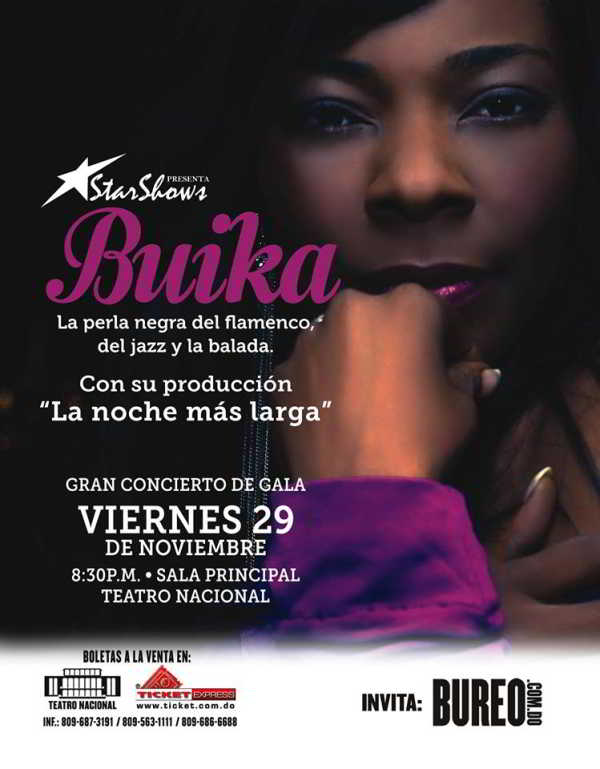 Tickets prices start at RD$2500 are available at the Teatro Nacional Box Office and at Ticket Express.

This video on YouTube Seal ft. Concha Buika “YOU GET ME” is very good also.