This 3 day festival focuses on promoting the history, culture, gastronomy while helping with the economic development of Sanchez, Samana. The festival will help to educate the general public about the historical significance of Sanchez, the local cuisine and also rescue the musical culture of this region as the “Perico Ripiao.” They also want to educate the general public about the importance of natural resource area and what all can do locally to protect the area. 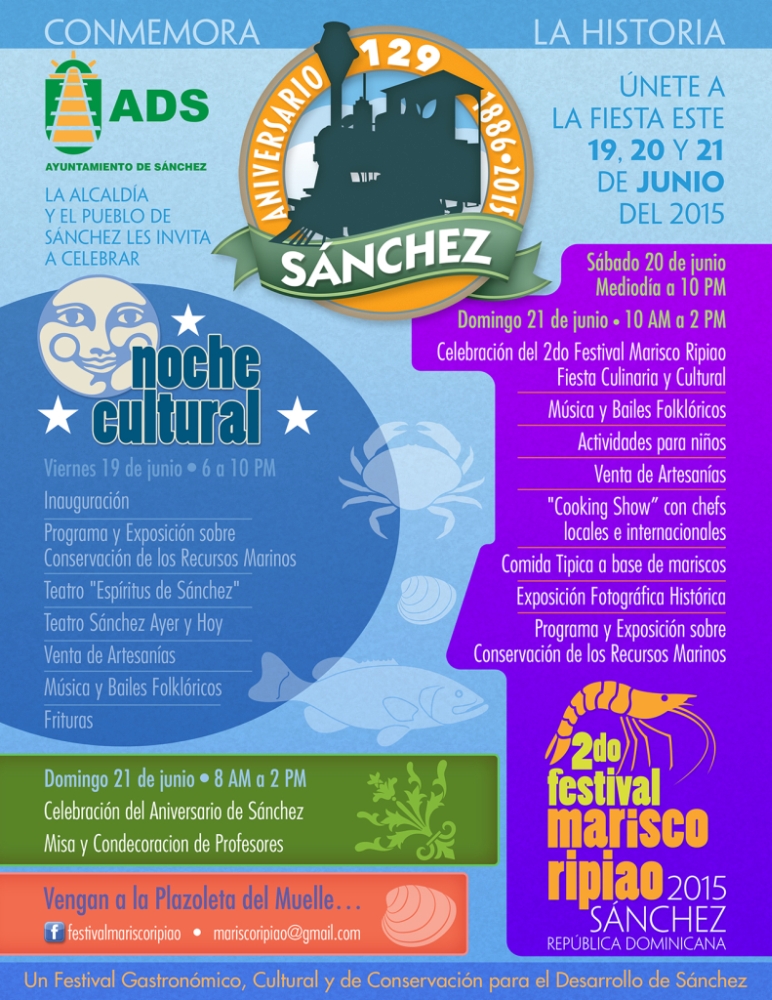 For more information visit their web site
www.mariscoripiao.com
or the Facebook page
www.facebook.com/festivalmariscoripiao

A little history…
“Sánchez was founded in 1886 and soon became a center of commerce for the Dominican Republic, as it was a maritime town with a very active port. It was the home of a train that connected the town directly to La Vega and the interior of the country. It was also home to The Royal Bank of Canada, the first bank in the country. The town is known for its picturesque Victorian houses, many of which still exist today. Sánchez is the primary entry way for excursions to the Los Haitises National Park and the mangrove laden tropical rivers of Barracote, Yuna and Colorado.”