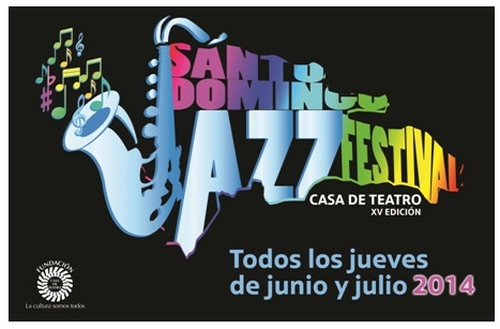 The 15th year of these weekly jazz shows will be happening each Thursday from June 5, 2014 to July 31, 2014. The exciting and talented line-up is..(drum roll please)

Tickets will be for sale at Casa de Teatro – RD$600 for the Theatre Room watching live and RD$300 for the Café Teatro bar where you can watch the shows on the screen. Casa de Teatro is located on Arzobispo Meriño #110, Zona Colonial, Santo Domingo, Dominican Republic.