Cinema Fine Arts and Caribbean Cinemas at El Centro Comercial Galería 360 Mall on Av. John F. Kennedy and the corner of Bienvenido García Gautier, present the 15th International Film Show from April 11 through 20, 2013. It is sponsored by Mazola. 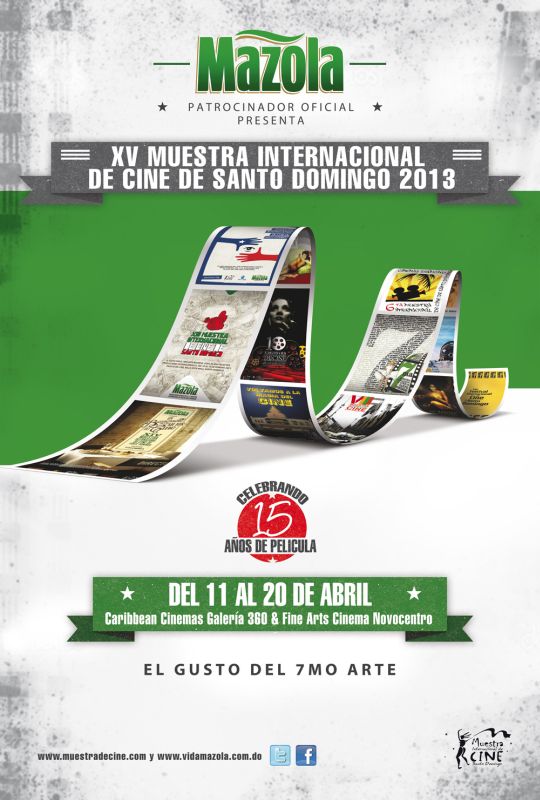 More information at www.muestradecine.com. Here you can view many of the films trailers. They will also have the schedule posted soon.

Some of the major films include: (thank you dr1.com for this list)
Un asunto real (A Royal Affair) (Denmark, 2012), historical romance, with the young Danish queen, who is married to an insane king, falling secretly in love with her physician – and together they start a revolution that changes a nation forever.

Barbara (Germany, 2012), drama about a doctor working in 1980s East Germany finds herself banished to a small country hospital.

Blancanieves (Spain, 2012), Goya award-winner, that is a twist on the Snow White fairy tale that is set in 1920s Seville and centered on a female bullfighter.

Cesare deve morire (Italy) is a drama about inmates at a high-security prison in Rome who rehearse for a public performance of Shakespeare’s “Julius Caesar.”

Después de Lucía (After Lucia) (Mexico, 2012), Certain Regard award in Cannes, drama about Alejandra and her dad Roberto who have just moved to town. She is new at school, he has a new job. Starting over is sometimes complicated when you have left so much behind.

Días de pesca (Gone Fishing) (Argentina, 2012), drama. Marco Tucci, who is the standard tourist type, on his way to Puerto Deseado where he plans to go shark fishing. Or at least, that is the way it looks. But he is not well trained for game…

Elena (Russia, 2011), drama about how a sudden illness and an unexpected reunion threaten dutiful housewife Elena’s potential inheritance, and her desperate plan.

Hannah Arendt (Germany, 2012), a biographical drama on the life of philosopher and political theorist Hannah Arendt, who reported for The New Yorker on the Nazi war crimes trial of Adolf Eichmann.

Las nieves del Kilimanjaro (The Snows of Kilimanjaro) (France, 2011), based on the book by Ernest Hemingway, A union pensioner and his wife are robbed, but find that merely getting the thieves brought to justice is not enough for their consciences.

Paisajes devorados (Vanishing Landscapes) (Argentina, 2012), a fictional drama-documentary about three young student filmmakers as they make a movie about a film director living obscurely in a Buenos Aires mental hospital.

Amour (Austria, 2012), winner of the Palma de Oro award at Cannes and best foreign film at the 2013 Oscars, Georges and Anne are in their 80s. They are cultivated, retired music teachers. Their daughter, who is also a musician, lives abroad with her family. One day, Anne has a heart attack. The couple’s bond of love is severely tested.